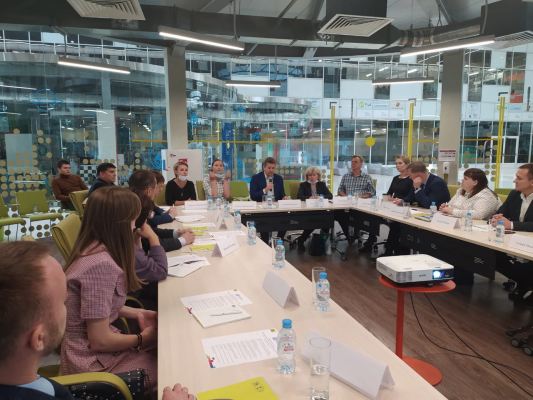 A roundtable entitled “Remediation of Damaged Land” was held in Skolkovo on October 6 at the initiative of Delovaya Rossiya Moscow’s Agro-Industry Committee and the Cluster of Biological and Medical Technologies at the Skolkovo Foundation.

The roundtable highlighted the state program of land remediation and measures supporting businessmen engaged in this activity. “It’s hard to overestimate the significance of ecology in Russia, considering the aspiration to ensure national food security and a healthy lifestyle based on the targeted national program, which has been approved by the Russian president. The issue is relevant as never before,” Committee Chairman Sergey Merzlyakov said. “A little less than a month ago, on September 11, activists, businessmen, and officials acting on the orders from Vladimir Vladimirovich planted 2,600 young cedar trees in the Altai Territory in the course of remediation of the Salair National Park. This is a good deed, no doubt, but this is not enough. Land remediation should begin across the country by joint efforts,” he said.

Marketer and analyst Alexey Ivanov was representing RPC LLC at the roundtable. He delivered a report entitled “Land Remediation. Use of Peat Substrates and Other Peat-Based Products.”

Merzlyakov noted that the roundtable launched a series of events, which were bound to integrate business capacities into state land remediation programs. Elena Veselova, head of the state land oversight and land management division at the Russian Agriculture Ministry’s Department of Land Policy, Property Relations, and State Property, spoke about those programs and measures supporting businessmen who wish to remediate lands.