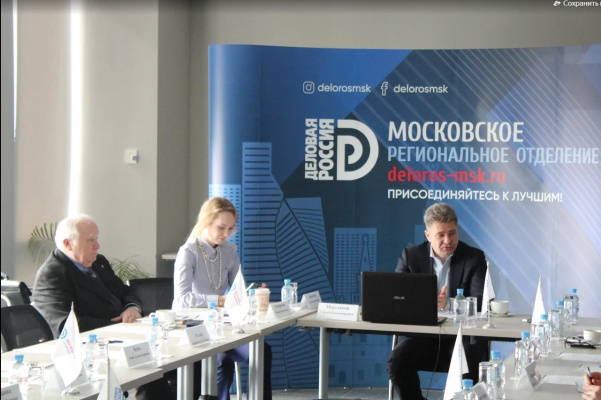 The “Soil and Soil Conditioners” scientific and practical conference has taken place at the Moscow regional branch of Delovaya Rossiya (Business Russia). Chairman of the Delovaya Rossiya Moscow Committee for the Agro-Industrial Complex and Agriculture Development Sergey Merzlyakov served as the moderator of the discussion involving prominent Russian agrologists.

The conference participants noted that the preservation and development of soils with a high agricultural significance required the correct use of natural soil conditioners, which would enhance soil fertility, accelerate land remediation, and preserve fertile properties of the soil for a long time. The absence of the notion and definition of soil in the Russian legislation is hindering the process, as it’s impossible to introduce the notion of soil conditioners in laws.

“Land in Russia is measured by hectares instead of soil quality, yet there are hundreds of soil types with various characteristics, and every type needs different treatment,” Committee Chairman Sergey Merzlyakov said, adding, “Even the legendary Black Earth lands are not eternal and also drop out of circulation. About 22 million hectares of land have already turned into salt marshes, or have actually become deserts. If we want these lands to be put to agricultural use again, they need to be deoxidized, using an acidic peat substrate containing mineral and other substances. Unless we do this the right way, we will have no arable land left several generations from now, 50-100 years later. For instance, fertilizing amounts to approximately 10 million tonnes. This means we lose 10 million tonnes of land every year.”

President of the National Agrochemical Union Mikhail Ovcharenko spoke about factors influencing the soil fertility, while head of the Department for Organic Fertilizer and Peat Production Technologies at the all-Russian Research Institute of Organic Fertilizers and Peat Tatiana Anisimova addressed the usage of peat and peat products.

The use of artificial structure formers in agricultural land amelioration and remediation was the subject matter of the report delivered by laboratory head from the Kostyakov Institute of Amelioration, Water Management and Construction Snezhana Menshikova, and Deputy Director for Science of the Pryanishnikov Research Institute for Agricultural Chemistry Alexey Naliukhin focused on the task of preserving the soil fertility in the context of Russia’s food security.

At the end of the conference, it was decided to prepare a similar event with the participation of representatives of the Academy of Sciences and relevant agencies, whose results would be presented in an official letter to the Russian government together with recommendations from the academic community.

It was also decided to set up a joint working group of the Delovaya Rossiya Moscow Committee for the Agro-Industrial Complex and Agriculture Development and the Pryanishnikov Research Institute for Agricultural Chemistry to develop guidelines for open-ground soil improvement.